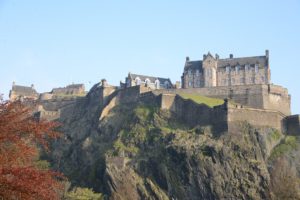 When we arrived in Edinburgh my daughter texted me: ”Don´t miss to visit the place where JK Rowling started writing Harry Potter.”

It took a few minutes before I realised that I had read about Rowlings time in Edinburgh, about her poverty and how she chose to sit in a warm café instead of paying her heating bill at home. 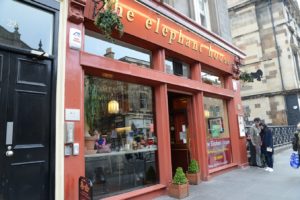 Let me tell you right away: Edinburgh is a charming city, especially the old parts of town. If you start from medieval Edinburgh castle you can experience old bulidings, narrow alleys and steep stairs, not unlike the surroundings in Diagon Alley.

I went out quite early in the morning to find The Elephant House, the place where she wrote. At this time of day there was only a few guests and I found a table in the room at the backside.
Inside the café there were some news paper articles on one wall, but not the Harry Potter hype I had expected. 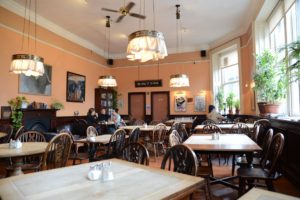 The inner room of the Elephant House.

When I asked the waitress where Rowlings used to sit, she wasn´t sure. 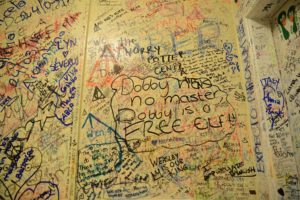 Grafiti all over the walls.

”But in the picture in the article on the wall she is sitting right here”, she said, and from that  moment I was star struck.

Grayfriars graveyard as Rowling could see it from the window.

It was exactly the table and the chair I had cho
sen, and I had the same view from the wind
ow as she once had, overlooking ancient Greyfriars church yard.

But what about the fans? Why didn´t they leave traces all over the place? The questions
were answered when I visited the bathroom. Every spot of the walls were covered with autographs, quotes and greetings.

After Elephant House I went to nearby Greyfriars churchyard, next ”must see” on my list. The saying was that one of the gravestones had inspired Rowling when she was to give Voldemort his original name, Tom Riddle. It has even been called the place where Voldemort is buried.

The whole area could very well be the scenery in the end of Goblet of fire, where Harry and Voldemort have an encounter in a grave yard, and I strolled for a while without finding the right stone. 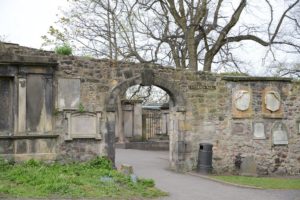 On the other side of this wall you find the stone. 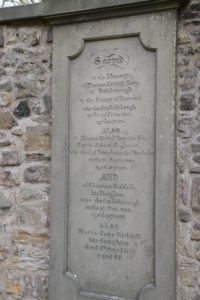 The stone in the memory of Thomas Riddell, very close to Tom Riddle.

Finally I asked a man who worked inside the church, who with a somewhat tired voice pointed through a gate. And there, on the wall, a sign sacred to the memory of Thomas Riddell, who died in Edinburgh 1806.

A short distance from the café and the grave yard is George Herriot´s School, with four houses for the students, just like Hogwarts. It is generally not open for public, so I could only sneak outside the walls for a photograph. But talking about Hogwarts, isn´t the Edinburgh castle itself a worthy source of inspiration? 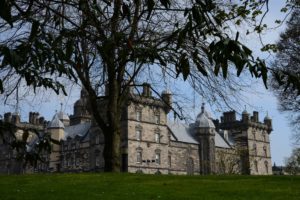 There are plenty of other connections to the Harry Potter world in Edinburgh and Scotland. In the old town of Edinburgh you find the street Potterrow, and one Scottish poet, famous as an extremely bad poet, was called William Topaz McGonagall.

In the western part of Scotland, in the city of Fort William, you can take a ride with the Hogwarts Express, or the Jacobite Steam Train. It runs from Fort William to Mallaig, passing the 21 arches of the Glenfinnan viaduct on its way. This viaduct is well known from the movies. I have not yet seen it in reality, but be sure that I will next time I visit Scotland. And on my way to Scotland I will most propably visit Alnwick Castle on the East coast of England, a bit south of Edinburgh. This castle played the part of Hogwarts in the first two movies.

Do I need to tell that I have already started planning this journey? 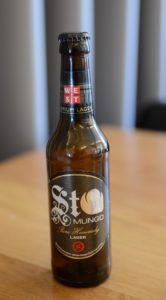 Harry Potter fans smile when they see this beer. 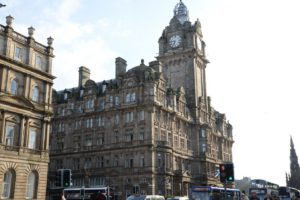 JK Rowling wrote the final chapter in a room in Balmoral hotel in Edinburgh.